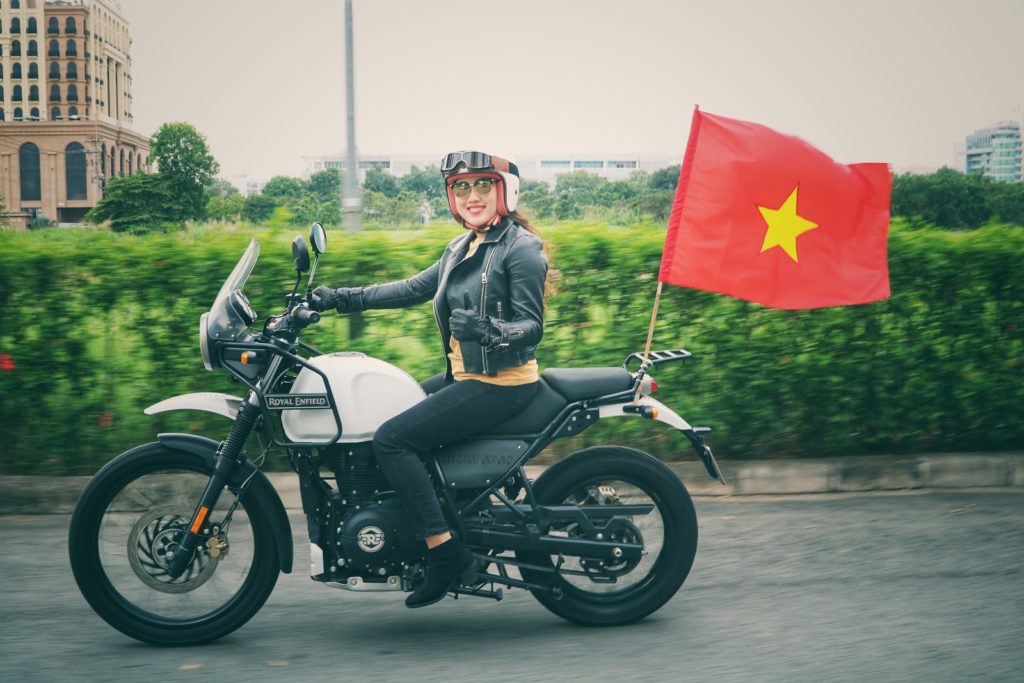 One of the Saigon Lady Riders, Linh riding in Vietnam

Motorbikes are everywhere in Vietnam. To say they’re the prime mode of transportation is an understatement. The motorbike is currently a defining feature of both country and society. Cities are planned around them, commerce is done on them, and a good chunk of peoples’ lives are spent on motorbikes. Everyone drives them, from teenagers to pajama-clad grandmothers, and also the growing members of the Saigon Lady Riders.

However, most of these motorbikes would be called ‘scooters’ in many countries. The vast majority of them have small capacity engines, ranging from 50cc to 150cc. They’re fine for city driving, and plenty of people make longer trips on them. However, they don’t have the oomph that a larger bike has.

Until just a few years ago, motorbikes over 150cc were rarely seen in Vietnam for numerous reasons, including affordability and availability. Although truly big bikes—those upwards of 1000cc—are still quite rare, ‘big’ bikes are becoming much more common here.

One thing that is still uncommon, however, is seeing ladies drive these big bikes. One group of ladies in Ho Chi Min City, however, is challenging the status quo. We spoke with Linh Kieu, sales manager at Royal Enfield Ho Chi Minh City. We want to pick her brain and get the scoop on the group Lady Saigon Riders. Linh herself has not been riding for too long: just three or four years. Though she’s been working with Royal Enfield and Harley Davidson for five years. Working around the big bikes gave her the inspiration to start riding. A native of Tay Ninh province, she’s friendly and engaging and was happy to speak with us.

Her first time riding a big bike was a Harley Davidson four years ago. In her words, the trip from HCMC’s District 1 to District 7 was “awesome and scary,” which this writer can well believe, having made the trip many times. Back then, Harley Davidson was fairly new in the country. The bike certainly had a ‘wow’ factor that turned heads. They still impress now, but people are more aware of them.

The Group of Saigon Lady Riders A safety ride with Linh on her Himalayan

The group, dubbed Lady Riders Saigon, is relatively new and currently boasts four to five members depending on the week. The ladies are all Vietnamese and were all new to driving big bikes prior to joining up. They ride a variety of bikes, on average in the 500cc range. They’ll meet for day trips on Sundays, though they’ll go on longer trips around once a year.

Their longest recent trip was a drive from HCMC to Buon Ma Thuot, a city in Vietnam’s coffee- and pepper-producing central highlands. A 750 km loop, this drive took them through mountain, forest, and countryside. While in Buon Ma Thuot, the ladies volunteered and donated to a children’s charity, adding a bit of selfless love to their adventure.

More Than a Feeling 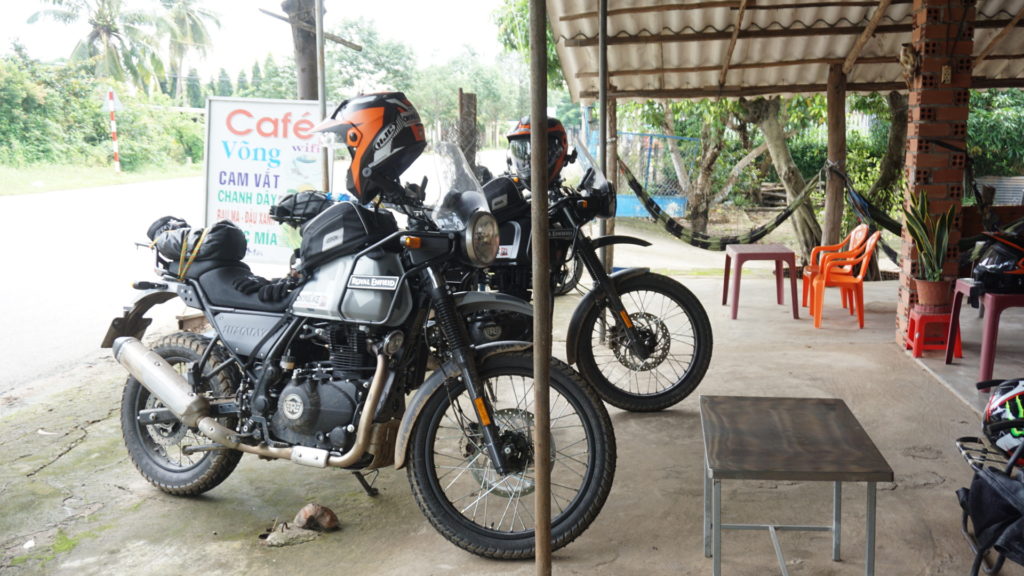 Besides being a great adventure, Linh mentioned numerous personal benefits from touring on big bikes. She emphasized the confidence the Saigon Lady Riders in the group gained on their trip to Buon Ma Thuot. The transformation from uncertainty to an “I’ve got this” attitude helped them believe in themselves and feel independent while giving them a sense of pride.

After their weekly ride on Sundays, Linh reports that the ladies feel full of energy. The stimulation, smiles shared, sights seen and fresh air breathed gives them way more than just the memory of a ride: it leads to greater life satisfaction. Linh has chosen the Royal Enfield Himalayan as her go-to iron horse. She’s put a fair bit of thought into it and has several reasons why.

It’s important to remember that driving in Ho Chi Minh city takes considerable effort. Millions of motorbikes pack the city streets in a chaotic and often bewildering flow of traffic. Most motorbikes are small-capacity bikes for a reason: you simply don’t need more than 150cc in a city because you’ll rarely be going faster than 60 kilometers per hour (~35 miles per hour). It’s reasonable to assume that going 30 or 40 already feels like moving at a good clip.

The Himalayan makes for a good daily driver as well as an adventure bike because it’s light and maneuverable enough to make it through the city chaos. At 191 kilograms (~420 pounds), the bike is substantial but not unmanageably large and is lighter than most bikes in the same range. Linh herself is no bruiser: at 165 centimeters (5’4”) tall, she can handle the bike and loves it for her daily driver.

The bike is no problem for her in traffic, and she notes that its lightweight makes it easy to manage at stoplights and in the stop-and-go unpredictable nature of HCMC traffic.  The longer ride to Buon Ma Thuot was no problem on the Himalayan either, making it a truly great all-rounder.

At 400cc, the Himalayan is suited just right for Vietnam’s traffic and roads. It’s unlikely riders will ever hit its top speed of 130-140 kph, but it’s got enough kick to get up steep hills and accelerate away from a problem. Thumbs up for the Himalayan

Linh is confident in her riding and that of her friends. For ladies who are interested in starting to ride big bikes but are intimidated, she says not to worry. She’s seen women learn to ride a big bike with just a few hours of practice—essentially a minor inconvenience to learn a skill that you can appreciate for the rest of your life.

Of course, to ride a motorcycle in Vietnam you need to be licensed in your own country first. If you’re already licensed and want to find out how to get properly licensed to ride in Vietnam, contact Onyabike Adventures and we’ll get you through it.

Vietnam is quickly growing up in the motorcycle world. Rather than being stuck with 110cc scooters, big bikes are becoming way more popular, including with women. It’s unlikely that we’ll see grandmas driving Harleys in the near future, but keep your eyes open for courageous and fun-seeking women riding serious horsepower.

Come be part of the future of Vietnam’s motorbike movement and thrill yourself with a motorbike adventure in Vietnam. We’ve got what you need to have a good time.